Sun and burglary protection
is gaining more and more importance in modern architecture as well as in the automotive sector.
Modern film fiters

Modern films filter exactly the spectrum of sunlight that is not desired. Thus, even with almost invisible films, it is possible to absorb a relatively large proportion of infrared radiation or to reflect the entire range of UV radiation with crystal-clear films. Coloured or reflective films complete the perfect appearance of modern glass facades.
Burglar-resistant safety films with various protection classes enable the highest possible level of security for glazing against external violence and offer protection against glass splinters in the event of accidents.
Decorative privacy films help to keep away unwanted glances. Anti-graffiti films, radiation protection films and, last but not least, a wide range of vehicle films round off our range. Convince yourself!

Explanation:
Transmission: the value of radiation penetrating the window

Reflection: the value of radiation reflected to the outside by the glass / film

UV-absorption: the value of UV radiation absorbed by the glass / film 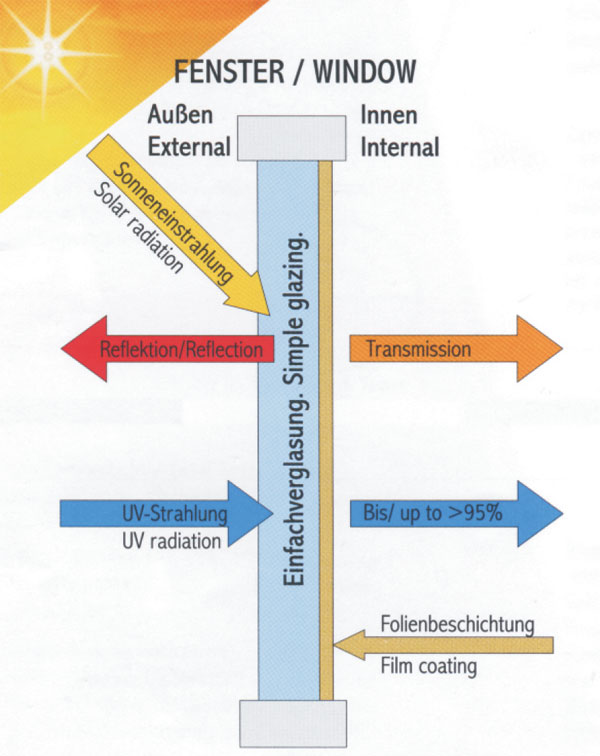